Like this past winter, there were two winters in a row in the early- to mid-2000s with a total of five days each of ski-able conditions at North Boulder Park.  Now, however, thanks to years of stewardship by the board and support from the community, the BNC can survive a weak winter, incur the expenses of grooming, and poise itself to operate again next winter.

The trend of weaker winters in Boulder is not lost upon the board and it’s one reason the BNC has partnered with The Nederland Area Trails Organization in order to attempt to groom West Magnolia.  The main reason for the partnership is that NATO proposed the idea to the BNC and followed through by building a relationship based on communication and shared goals.  The BNC and NATO will continue to collaborate on the required permit application to the United States Forest Service.  The hope is that some form of grooming will occur in winter 2017-18 and, consequently, lead to NATO’s ability to sustain grooming in the area.  If things go well, the end result will be a new skiing option in the area.

I remain grateful to the board of the BNC for its commitment to good relations with Eldora.  I want to especially thank Ingrid Alongi and Kyle Kuczun who are the board appointed liaisons from the BNC to Eldora.  Engaging Eldora’s previous ownership would have brought any volunteer to the inevitable moment when they ask themselves why they bother doing what they do.  In the case of the board and Ingrid and Kyle, they all arrived at that point and collectively committed themselves to the virtue of forbearance.  Now, thanks to them, the BNC finds itself in a place to work on positive change—even if slowly—in partnership with Eldora and with skiers in our community.

Regarding the fundraiser for a new trailer that the BNC has pursued rather passively, the board is leaning towards ending the separate fundraising attempt for the trailer and combining all the existing funds into the BNC’s treasury and general budget.  The reason for this is that thanks to an unforeseen and very, very generous in-kind donation by The Wilderness Exchange, the BNC’s operations at CU South have been immensely simplified.  Because of that, it seems to make sense to go back to the BNC’s standard operating procedure of continually allotting funds towards upgrading or replacing grooming equipment over the long term.

The BNC has a new grooming volunteer and its first ever female groomer, Beth Bennett.  Personally, as the father of an eleven year-old boy, I cannot find anything not to like about one less Y chromosome around the grooming equipment.  Beth’s a great addition and we’re lucky to have her.

The BNC did have to retract its earlier offer to help groom a promising property west of Denver.  The remnants of Ski Denver guided mostly by DU’s Head Nordic Ski Coach Dave Stewart have worked patiently to obtain permission to groom a site in the foothills.  The BNC had agreed to perform a pilot demonstration groom but, due to changing circumstances, the board of the BNC is narrowing its operations in order to protect volunteers from burnout and shield the organization from over commitment.  Good luck to Dave, he was great to work with.

With age comes experience and old people know how to make a point.  One time, when the conditions at North Boulder Park were sufficient, I groomed-in a double classic track and an older woman stopped me while I was on the machine.  She took my hand in both of her hands and looked me straight in the eyes and said “I really like it when you groom two tracks, it makes it so that I can ski next to my sister or my friends or sometimes my grandchild.”  I’ve not forgotten her message but what impresses me most is that I see this same comprehension in every volunteer for the BNC.  Each of them committing to a small, voluntary act because all the equipment and funding, that’s really not so hard.  What’s hard is sustained intention and commitment towards a very small community institution.

I wish you all a wonderful summer outside and on the trails.  See you in the autumn. 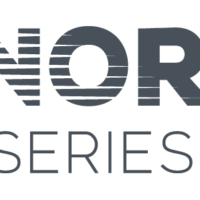