At October 11th’s board of directors meeting, the directors in attendance unanimously passed an amendment to the bylaws of the BNC.  The amendment does two things.  One, it allows the board to vote electronically (by email) provided certain measures of notification and fairness are met.  Two, it provides that the board’s officers are elected for a one year term at the first board meeting after the Annual General Meeting.

The amendment is shown below.

The BNC’s bylaws are thirty years old and relatively simple (they are available on the “About” page of this site).  Before this, “consent” or voting had to be done in person, i.e. in a meeting.  Occasionally, it is convenient to perform business electronically.  For example, during the summers, the board does not usually meet but it may need to handle a piece of business while directors are away on vacation.

The purpose of this announcement is to maintain transparency to the general membership of the BNC.

AMENDMENT NO. 1
TO
AMENDED AND RESTATED BYLAWS
OF
BOULDER NORDIC CLUB

Pursuant to the provisions of Article XI of the Bylaws of Boulder Nordic Club, the Board of Directors hereby amend the Bylaws as follows:

The following Section 10 shall be added to Article IV of the Amended and Restated Bylaws of Boulder Nordic Club:

10. Action of Board Without Meeting. Notwithstanding any provision to the contrary in these Bylaws, any proposed action to be taken at a meeting of the Board of Directors may be taken without a meeting if:

Affirmative votes in writing for such action equal or exceed a majority of directors in office, provided that any director who has voted may revoke such vote by the time stated in the notice of proposed action; and

No director has demanded in writing that such proposed action not be taken without a meeting other than a demand that has been subsequently revoked.

A writing by a director under this Section 10 shall be in a form sufficient to inform the Club of the identity of the director, the vote, abstention, demand, or revocation of the director, and the proposed action to which such vote, abstention, demand, or revocation relates. Any communications under this section may be transmitted or received by the Club by electronically transmitted facsimile, e-mail, or other form of wire or wireless communication.

Section 2 of Article VI of the Bylaws shall be deleted in its entirety and the following substituted in lieu thereof:

2. Election and Term of Office. The officers of the Corporation shall be elected for terms of one year, at the first regular or annual meeting of the Board of Directors following the annual meeting of members. If the election of officers shall not be held at that meeting, such election shall be held as soon thereafter as conveniently may be. Each officer shall hold office until his successor shall have been duly elected and shall have qualified. 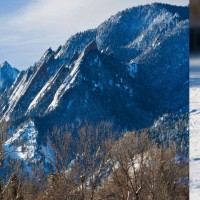