About twenty years ago, the then groomer of North Boulder Park threw the keys of the snowmobile at two unsuspecting young lads who were naive and ignorant enough to catch and carry them for a couple decades.

Fast forward twenty years and there’s currently a volunteer crew of three drivers at North Boulder Park and four or five at CU South.  Though not yet ready to throw the keys at anyone, the North Boulder Park crew sometimes dreams of sitting in the sauna and supervising a new driver or two via webcam and cellphone.  Or, at least showing some new folks the ropes.

If you have efficiencies in your schedule that allow you to volunteer for, say, 45 to 120 minutes a few times a week–usually in the mornings or late evenings–can lift a heavy object, don’t mind working in full conditions, and feel like making several hundred people a day happy, then send an email to info[at]bouldernordic.org. 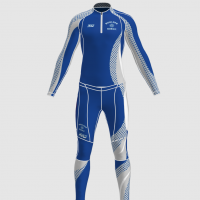