There’s a specified date range for grooming in the agreements but usually the BNC confers with the other parties in the case of early or late season snowfalls in order to ensure that all parties are in agreement about grooming.

For winter 2020-21, the BNC and the City are working on a one year extension of the typical agreement between the two parties. However, each party has proposed added language for public health during the pandemic. The proposal is under review with the City. In the meantime, the BNC is preparing as usual to groom and remains pleased to partner with the City.

The BNC resumes board level activities in the late summer or early fall. This year, the board will work with its partners to understand grooming, the possibility or not of the Swap, its Annual General Meeting, and other programs and services of the BNC to its members and the skiing public.

2021 will mark 35 years since the first financial record of the BNC. Over the years the organization has ebbed and flowed in an effort to stay responsive to its membership and supporters.

Thank you to everyone for supporting the BNC and its mission to provide and support nordic skiing in the Boulder area.

No Grooming This Snow Event 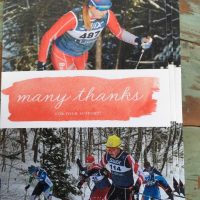 BNC Donations to The BNJRT