Around ten years ago, Mark Leffers attended a BNC Annual General Meeting.  He made polite conversation.  He demonstrated reason and logic.  He divulged his professional skills thus making him vulnerable to the suggestion that he join the board of the BNC and serve as its treasurer.  Mark openly accepted much to the avail of the BNC.

Subsequently, every financial system in the BNC was improved to industry standards.  Mark did heavy lifting on website projects.  Research and learning on his own behalf, Mark kept the BNC in compliance with 501c3 requirements.

Best of all, Mark did two things.  Everything he encountered at the BNC was left either as good or better than before he found it.  And he brought his critical self to the deliberations of the BNC.  Not critical in the negative sense.  Rather, when the BNC’s board gets down to brass tacks and has to make real decisions, Mark added sharp intelligence to decisions around the resources of a small community nonprofit.

This past autumn Mark kindly indicated that things were changing for him but that he could stay in his role a while longer in order to give the BNC a chance to find a replacement.  Mark was voted back on to the board so as to have a year to find a replacement.  Then, not long after, the BNC remembered Andrew Lainis who now brings his own experience to the treasurer role and will transition smoothly into place.

Thank you, Mark.  The board and the nordic community wish you the best of luck! 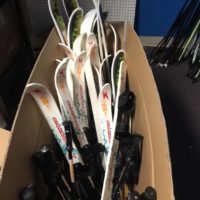