The Boulder Nordic Club groomed approved corridors at West Mag(nolia) outside of Nederland on Tuesday January 22nd.  The area is on public lands and free and open to the public.

Skate, fair-poor.  No machine-set classic track.  Substrata and rocks at or below snow surface in many places.  Rock skis recommended.  Corridors consist of un-graded and, occasionally, rutted forest roads; ski with caution, especially at first.  Note, wind is in the forecast for the night, 22nd – 23rd January.

See https://www.fs.usda.gov/Internet/FSE_DOCUMENTS/fseprd516176.pdf for a map.

Please leave the area as good or better than you found it.

This demonstration groom is the result of a partnership between the BNC, The Boulder Ranger District (USFS), The Nederland Area Trails Organization, and multiple other agencies including Boulder County and the Boulder County Sheriff.  Thanks to all these agencies for their partnership.

The intention is to demonstrate grooming in the area so that NATO may consider subsequently sustaining grooming operations in the future.  Such operations would, most likely, accommodate multiple uses including fat biking and, in theory, relieve user conflict in other areas.

The BNC chose to groom in sub-optimal conditions due to the persistent climactic drought that caused uncertainty for BNC volunteer groomers and the ability to carry out the demonstration at all.

Enjoy the skiing.  It looks quite nice in areas and a little rough in other spots. 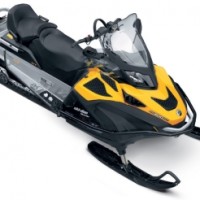 Snowmobile ordered! Only a few donations away from a grooming rig for CU-South

Remember to Join The BNC Online!